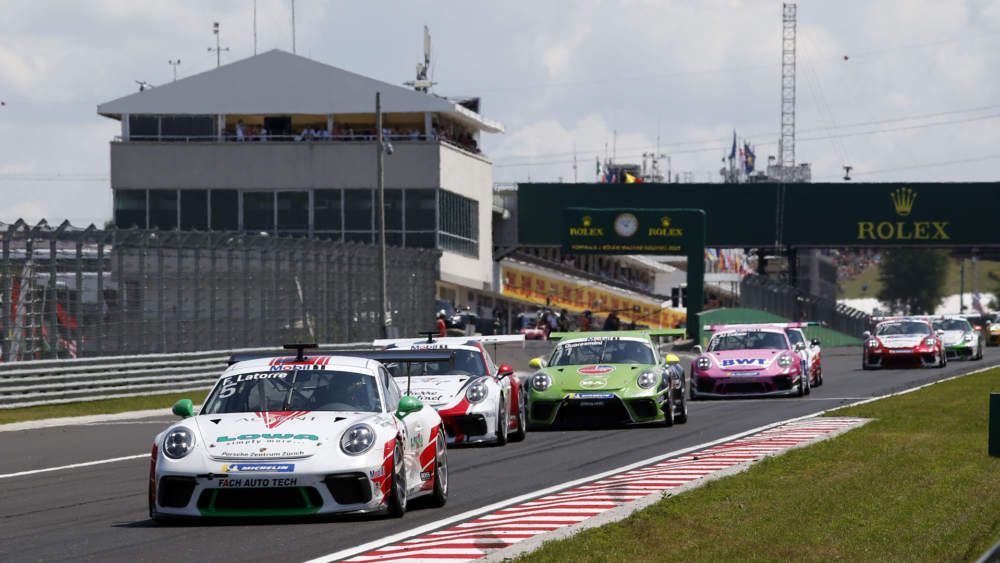 It’s said that overtaking on the Hungaroring is impossible, but FACH AUTO TECH drivers proved the contrary at the sixth round of the Porsche Mobil 1 Supercup. After a problematic qualifying, Florian Latorre and Jaxon Evans gained good ground during the race.

“We didn’t have the best starting position for this race”, says Team Principal Alex Fach. “Our drivers had some tough luck during qualifying and in addition the session was broken off just as Jaxon was on a fast lap. However, we didn’t let it get us down.”

Frenchman Florian Latorre started the race as best-ranked FACH AUTO TECH driver from eighth on the grid. He quickly made up two positions in the initial phase and subsequently exerted pressure on the front-runners, finishing finally in sixth place after the 15-lap race. Teammate Jaxon Evans’s eleventh place only narrowly missed hitting the Top 10 and the New Zealander had succeeded in picking up four positions on the demanding circuit.

Rookie driver Kantadhee Kusiri from Thailand is taking impressive steps forward in his first season and would have had what it takes for a Top 10 result after having secured 10th on the grid. But his race ended prematurely when an opponent booted him out.

After the 4-week summer break, FACH AUTO TECH heads for the next Porsche Mobil 1 Supercup race from 30 August to 1 September in Spa-Francorchamps. Beforehand, the team will be competing in the Porsche Sports Cup Suisse in Dijon-Prenois, France on the weekend of 15 to 17 August.