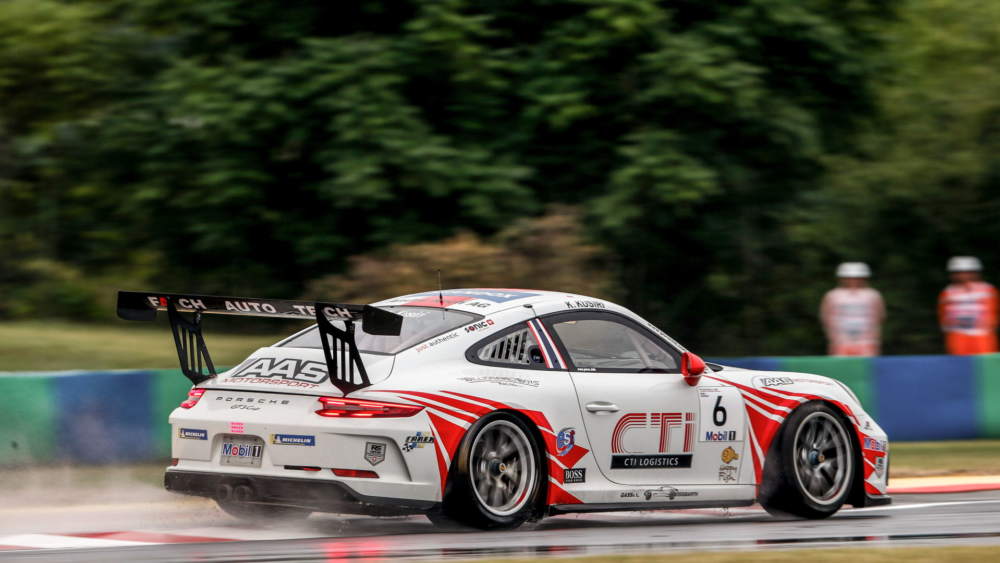 The end of the summer break is approaching, and this means the season’s seventh Porsche Mobil 1 Supercup round is coming up for FACH AUTO TECH and Florian Latorre, Jaxon Evans and Kantadhee Kusiri. From 30 August to 1 September, the three drivers will be doing everything in their power on the tradition-steeped Belgian Circuit de Spa-Francorchamps to boost their previous results in the popular one-make trophy.

Florian Latorre’s goal is clear: the fast Frenchman not only intends to continue the upward trend, but also aims to increase it on the longest track of the season’s calendar.  A podium place in the overall standings is only five points away and within reach for the 22-year-old.

Jaxon Evans also hopes to secure valuable points on the Ardennes roller coaster. The “Kiwi”, who narrowly missed a top 10 result in the previous race in Hungary, is looking forward to the challenge in Belgium. “On the fast and demanding course, I got along very well in the tests. We all know that the driver, but also the weather often play a decisive role in the race outcome”, says the reigning Porsche Carrera Cup Australia champion assessing his chances.

Third member of the driver trio Kantadhee Kusiri is training vigorously to bring about a turning point in his recently slightly irregular progress. The driver with start number 6 is now keeping a positive mood ahead of the next race and has an eye on a podium finish in the Rookie class. The Thai certainly has enough speed to tackle the Top 10, as he previously demonstrated in the Hungaroring qualifying. Now it’s a question of turning this into a race success.

Looking at the standings provides additional suspense. Currently, the racing team from the Canton Schwyz is in third place with a 20 point advantage and a small gap of 5 points to the next higher podium spot. “Collecting a good point haul is our next goal and we’ll be a force to be reckoned with in Spa!” confirmed Team Principal Alex Fach.