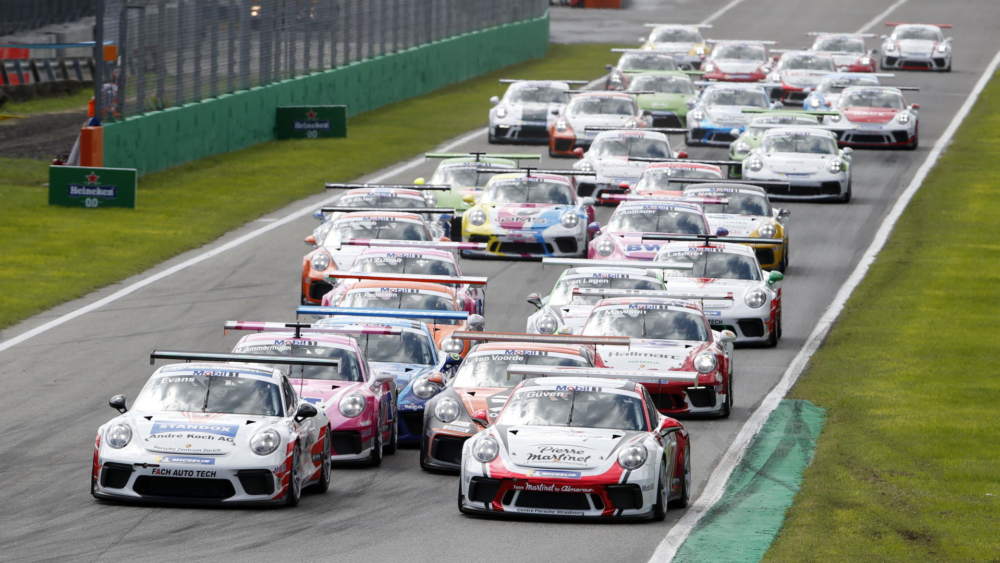 The FACH AUTO TECH team and drivers Jaxon Evans, Florian Latorre and Kantadhee Kusiri experienced a roller coaster of emotions at the Porsche Mobil 1 Supercup weekend on the Monza Eni Circuit. Evans’ pole position had the Sattel team cheering on Saturday, but after a collision in the race, both top 10 results by Latorre and Evans meant they were cutting losses on Sunday.

It was more than a promising start to the weekend for Evans. Posting a time of 1:49.252 presented the New Zealander with his first pole in the international one-make series and this smoothly continued his good performance at Spa. “We were convinced by Jaxon’s potential right from the start. He’s shouldering a lot of pressure and the podium in Spa was incredibly important for him. This pole position was the best possible proof of his enormous talent”, explained Team Principal Alex Fach after the European finale in Monza.

But the Kiwi couldn’t transform the perfect starting position into a podium finish. A collision caused by another competitor, who was subsequently penalized, in the first lap, dashed the 22-year-old’s hopes of a major triumph. “Of course, I’m disappointed about missing out on the podium. The touch made me lose too many positions and the chance of a top 3 slipped out of sight”, said Evans. “But securing pole position was an awesome feeling and now we have to tie up with that in Mexico. Many thanks go to the squad for the great work at the weekend.”

During the final phase, the Porsche driver proved he certainly has what it takes to fight for victory. An impressive overtaking manoeuvre pushed the reigning Porsche Carrera Cup Australia Champion past Dylan Pereira and he finished in sixth place.

It was a similarly sobering race story for his team mates. Despite a big portion of fighting spirit, Florian Latorre didn’t get further than ninth position, but the Frenchman still maintains his fifth in the standings. Kantadhee Kusiri ranked 20th and ended the race as ninth-best Rookie.

The Porsche Mobil 1 Supercup end-of-season takes place after a six week pause and the final two races of the international one-make series are scheduled for 25 to 27 October in Mexico.