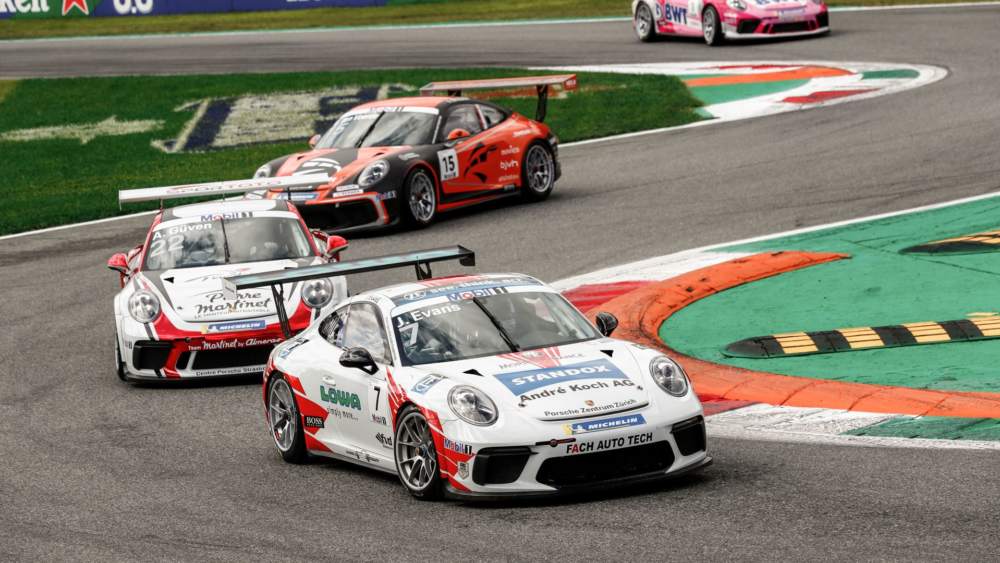 FACH AUTO TECH will be closing the 2019 Porsche Mobil 1 Supercup season with races nine and ten on 26 and 27 October. The Sattel-based team has set its sights on a podium finish at the Mexico finale – and that in more than one respect.

Florian Latorre is the only driver in the FACH AUTO TECH trio who’s familiar with the South American circuit. His sixth and seventh places, plus two podiums in the 2018 Rookie classification, have demonstrated the Frenchman can hold his own on the Autódromo Hermanos Rodríguez and a year later he’s aiming for the master stroke together with FACH AUTO TECH. Goal is also the top 3 in the overall standings, the 22-year-old ranking fifth with 16 points in arrears before the finale – 40 points have yet to be allocated.

After his pole position at the last race weekend in Monza, Jaxon Evans also has his eye on the podium. “I’ve stepped up my game from race to race and learnt a great deal. Next logical step would be climbing the Supercup rostrum and I shall make every effort to achieve that in Mexico. Ending the season on the podium would be a brilliant completion of an exciting season”, the New Zealander explains.

Kantadhee Kusiri too hopes to bring his debut Porsche Mobil 1 Supercup season to a satisfactory end with a top result. The Thai has several top 5 successes in the rookie classification and is focusing on a class podium in Mexico.

Team Principal Alex Fach’s squad stood on the Mexico rostrum in 2017 and again in 2018. In addition, they celebrated the 2018 vice-championship together with Nick Yelloly. “We’ve always felt very confident on the track and intend to continue this trend. Name of the game is a podium to end the season”, said Fach. “It’s always a special weekend in Mexico and the Autodrom atmosphere is unique. We’re really looking forward to it!”

The final two races of the season are on Saturday and Sunday. Green light for the first race is on 26 October at 14:30 local time (21:30 Swiss time) and the second race follows on Sunday at 10:15 local time (17:15 Swiss time). Eurosport 1 is broadcasting both races live on TV.