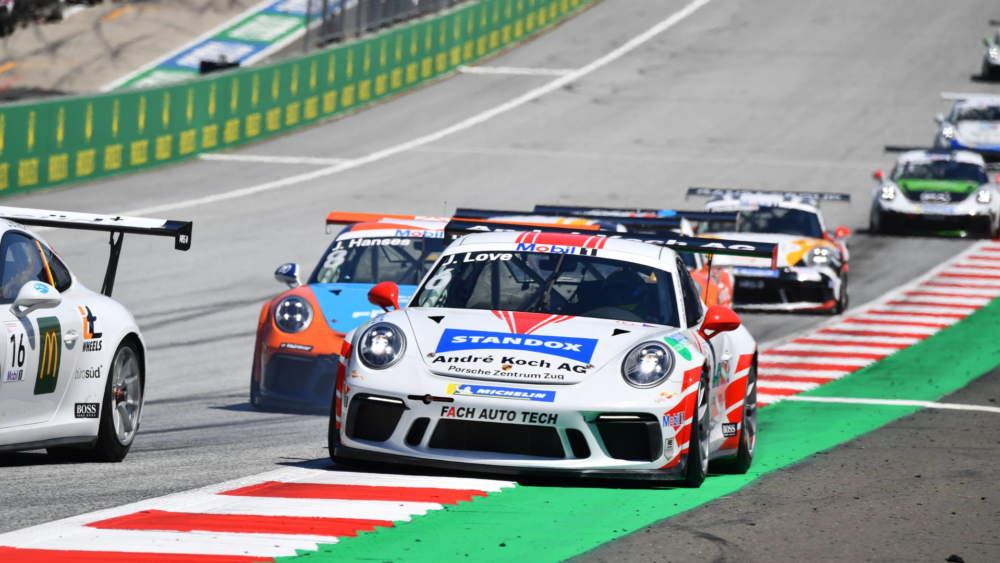 The Porsche Mobil 1 Supercup kicked off the unprecedented 2020 season at the Red Bull Ring from 3 to 5 July. For FACH AUTO TECH, it was the first of eight races in just nine weeks. At the first round in Austria, Jordan Love crossed the finishing line in twelfth position while Jaap van Lagen was forced to retire early due to tire problems.

“Our preparations for this race weekend have been far from easy, but we still wanted to finish higher up the field,” said Team Principal Alex Fach. “Jaap van Lagen’s retirement after just a couple of laps, through no fault of his own, was really disappointing. Still, Jordan performed well in his first ever Supercup race and made up quite a few places.”

It was a whole weekend of firsts for Jordan Love. Not only did the young Australian celebrate his Porsche Mobil 1 Supercup debut, the Austria race also marked his first race on European soil. After a good start, the youngster in the #6 Porsche 911 GT3 Cup rose from 18th position to 14th. In the end, Love finished in twelfth. “Free practice went well and I was eleventh quickest, but unfortunately I was unable to match that pace in qualifying,” said Love. “That was a shame, but I tried to gain some places in the race, which I managed to do. There is definitely a great deal of potential in the car, but I think we can build on this result.”

Jaap van Lagen’s mood was one of disappointment after the race: “We had high hopes coming into this race, but the tyre damage put paid to our chances.” Starting from twelfth on the grid, the Dutch driver was in the mood to attack from the off, moving in to the top 10 by the second lap of the race. However, a couple of laps later van Lagen had to retire his #5 Porsche.

There isn’t too much time to dwell on the race weekend, as the second round of the Porsche Mobil 1 Supercup takes place just one week later on 10 to 12 July. Once again, the race will form part of the support programme for the Formula 1 World Championship at the Red Bull Ring.