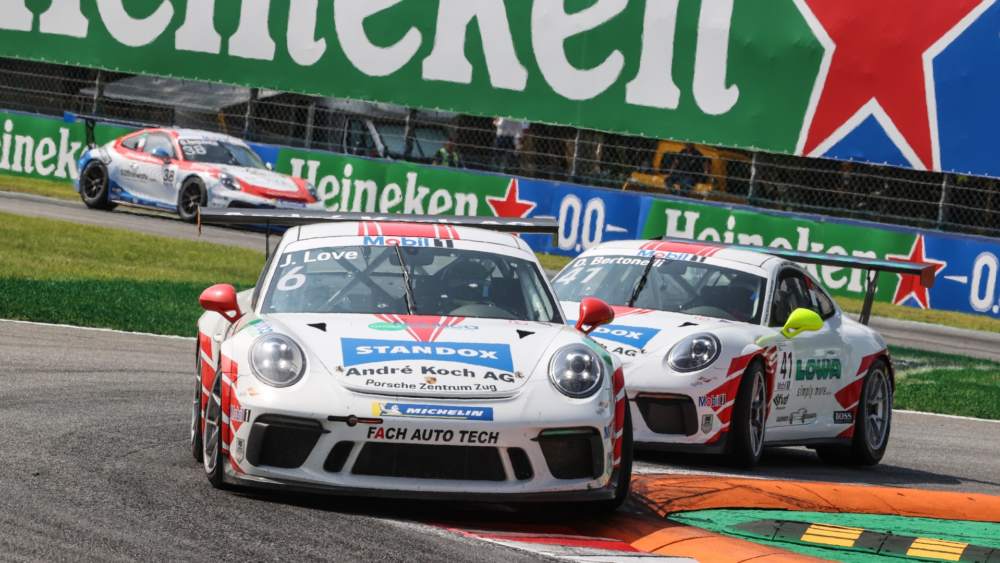 Seventh position and the best race of the year: Jordan Love put together an excellent drive to finish his debut season in the Porsche Mobil 1 Supercup on a high. The young Australian was rewarded with valuable points and a place on the rookie classification podium. Diego Bertonelli, another young driver from the FACH AUTO TECH squad, was also in fine form.

“Wow, I am so happy with this result,” said Jordan Love. “Our pace was good, and I knew from the start of the race that we had a good chance. The two safety car periods in the early stages meant that I couldn’t attack as I wanted to, so I had to push in the second half of the race.”

In Monza, the rookie provided an impressive demonstration of how far he has come with FACH AUTO TECH. Team Principal Alex Fach was full of praise for his driver following some courageous overtakes during the race and seventh position overall and third in the rookie classification: “Jordan didn’t put a foot wrong today and was really clever in the way he drove. The results this season have not always reflected his performance, but he has been on a very steep learning curve.”

Diego Bertonelli was another driver who learned a great deal this weekend in his guest appearance for FACH AUTO TECH. The young Italian improved over the course of the weekend and celebrated his first top 10 position in the hard-fought one-make series, finishing ninth. The 22-year-old was particularly impressive during the race, displaying some of his great potential.

For Alex Fach and his team, the event in Monza marked the end of the shortest Supercup season on record. “Eight races in just ten weeks was an enormous challenge for us. It’s thanks to our partners that we were even able to compete. Huge congratulations to GP Elite and Larry ten Voorde for their title win. We will be making every effort to ensure we are in title-winning contention moving forward.”