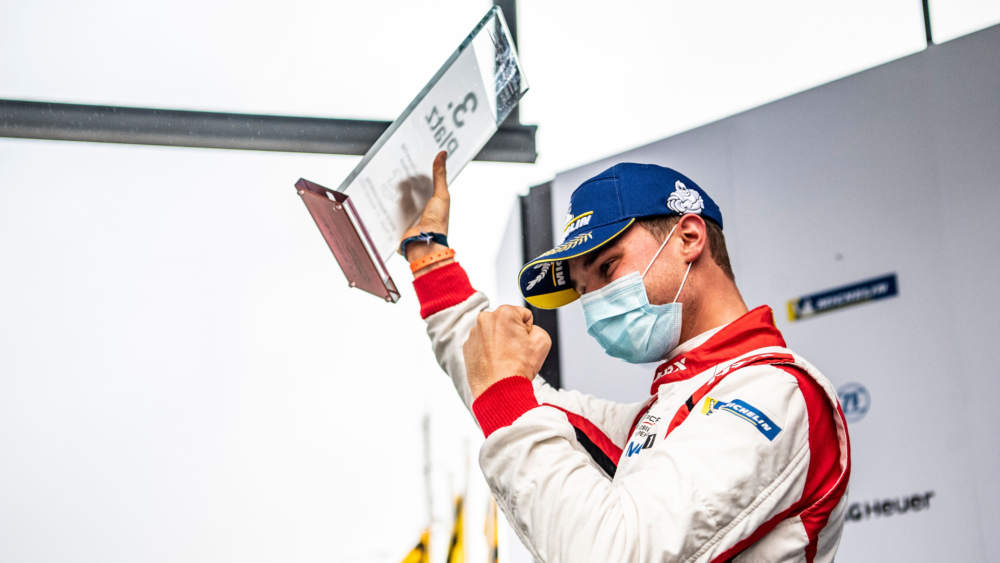 Five race weekends and eleven races in just two months – the Porsche Carrera Cup Deutschland 2020 season was really something. Despite the tight schedule and the challenges it raised, FACH AUTO TECH’s aim was crystal clear – giving young talent the opportunity to develop.

“We’ve always attached great importance to promoting junior talent”, Team Principal Alex Fach explains. “Of course, we’re competing to secure wins and podiums, but driver training should not be neglected as a result. Ultimately, that was our goal in the Carrera Cup and Diego as well as Joey have made their potential visible.”

In the case of the Carrera Cup, the two FACH AUTO TECH youngsters were Diego Bertonelli and Joey Mawson. Both brought previous Porsche experience to the Sattel-based squad, but especially for the Italian Bertonelli, who was a newcomer rookie in the championship, many of the tracks meant exploring new territory. 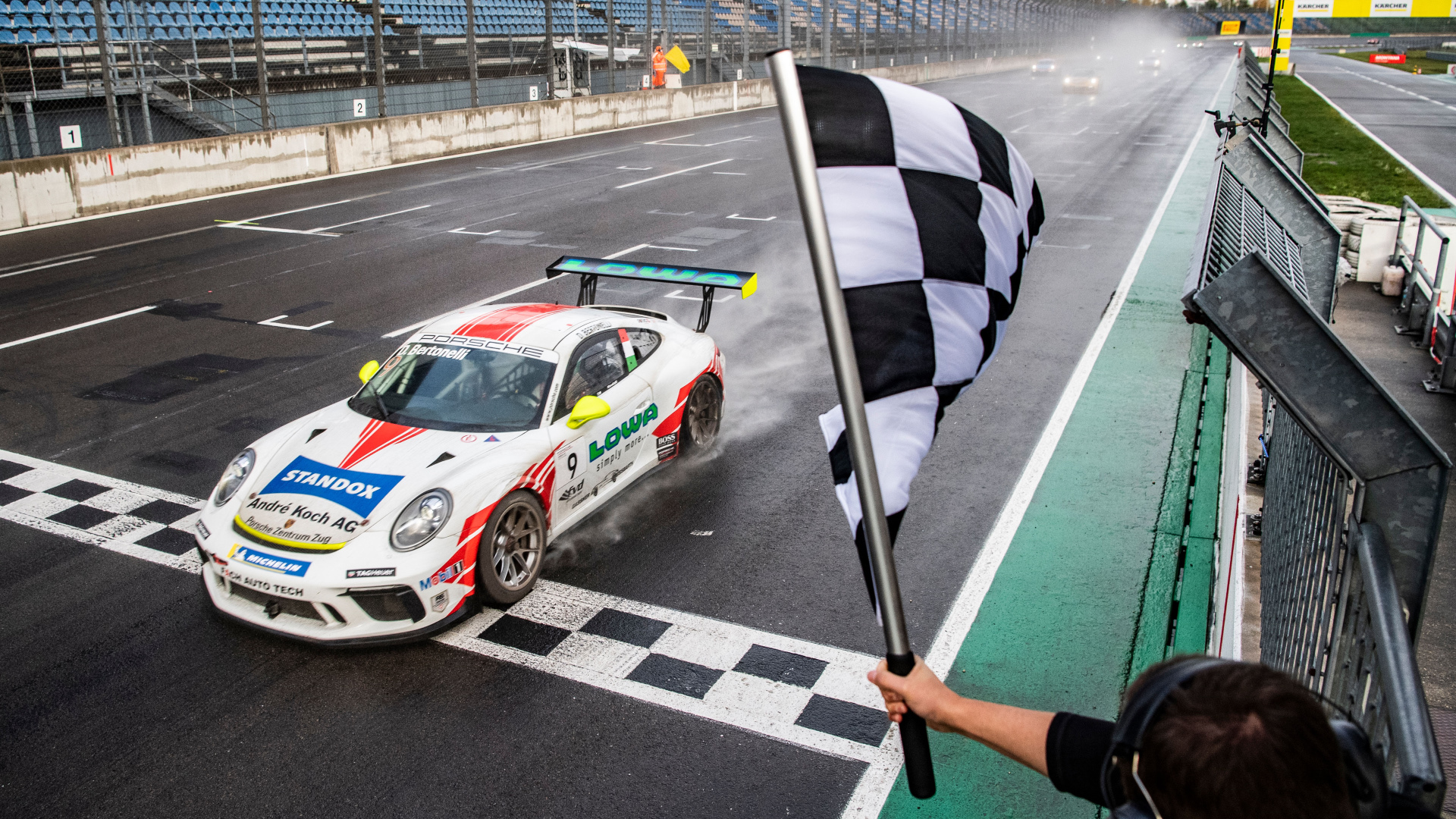 In order to fit the season into an eight-week timeframe, two or three races took place each weekend. Sole exception was the calendar’s highlight, the season opener under the flag of the 24 Hours of Le Mans. And although the season was characterized by ups and downs, the team’s performance curve pointed upwards.

This applied especially to Mawson. The 24-year-old Australian clinched his best result of the season with a fourth place in the Motorsport Arena Oschersleben. In fact, he secured eight top 10 results in total. “The season wasn’t a straightforward one and I had to accept several setbacks and failures. We didn’t give up though and worked painstakingly till the very end. And my best result of the season was the reward in the finale.” 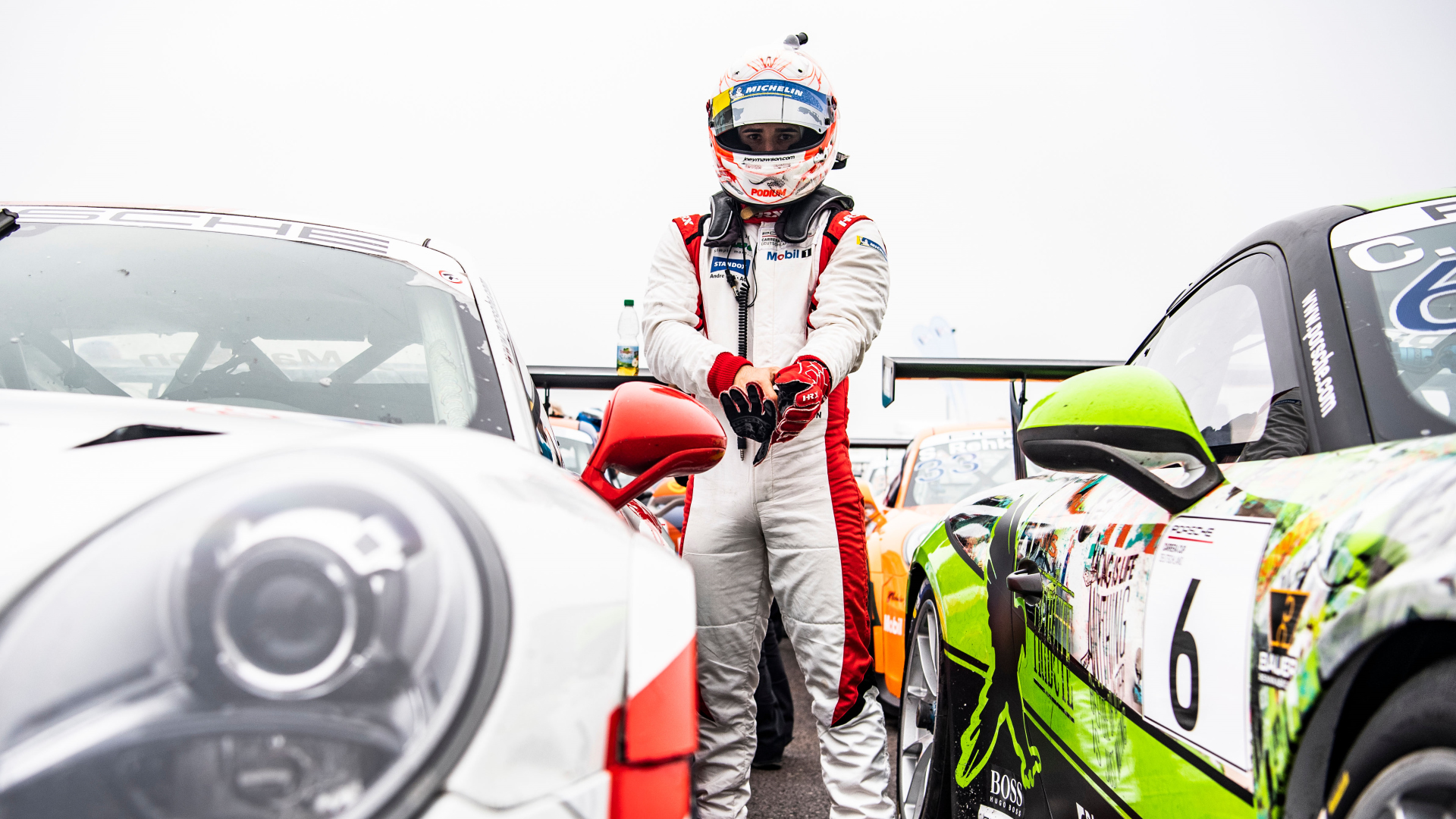 Teammate Bertonelli had reason to celebrate in Oschersleben too. Thanks to nine class podiums – including three victories – he took third in the rookie classification. In addition, the 22-year-old stood on the Sachsenring and Lausitzring podium in the overall rankings. “The Lausitz race was probably one of the season’s toughest. Conditions were far from easy and I was all the more pleased with the result.”

“Obviously, we’d have liked to stand on the podium more frequently”, Alex Fach sums up at the end of the season. “Both youngsters definitely have what it takes, but we didn’t glue it all together often enough. The one-make series is an incredibly tough championship where every tiny error is punished immediately. Nevertheless, Diego and Joey came across really well.” 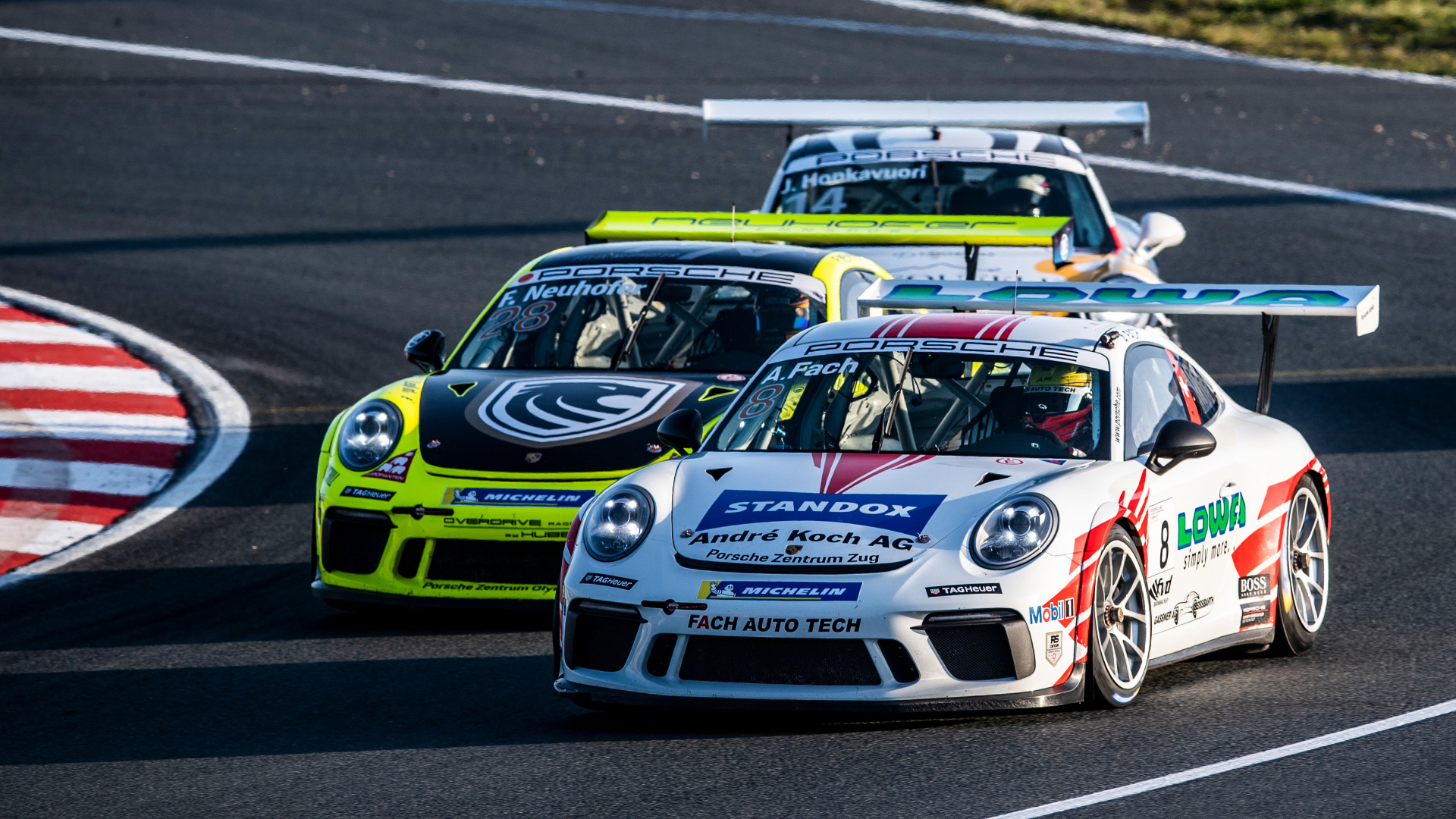 Alexander Fach also had the chance to show what he was made of. The reigning GT3 Cup champion of the Porsche Sports Cup Suisse supported the FACH AUTO TECH squad during the last two race weekends and the 18-year-old achieved his best result with a twelfth place at the Lausitzring. “I was incredibly thrilled to be able to take part in both events. I’ve learnt a lot and gathered valuable experience. I’m very grateful to the team and my partners!”