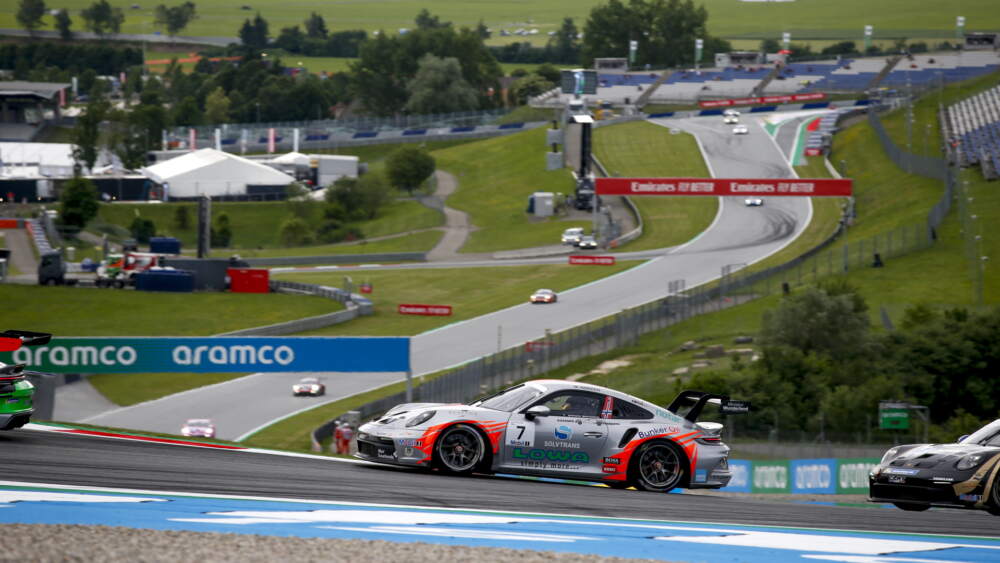 Despite a tough start to the Porsche Mobil 1 Supercup weekend, FACH AUTO TECH made sure that the Red Bull Ring round ended on a high. The Swiss team gathered some important championship points thanks to two top 12 finishes and a whole lot of important data for the second round at the Austrian circuit in a week’s time.

“Our start to the race was key to our result here,” said Alex Fach. “I think we can be happy with the race performance, especially as we messed up our qualifying. I think we made the best out of a bad situation.”
Christopher Zöchling began the Spielberg race from twelfth but managed to make up five positions in the first corner. But that wasn’t enough, as the 33-year-old continued to apply pressure to the top 5 up ahead. In the end, though, the Austrian was unable to make any further improvement.

Teammate Marius Nakken also used the initial phase of the race to make up some places. Starting from 15th on the grid, the Norwegian immediately fought his way through the field to tenth. After a tough race, Nakken crossed the finishing line in twelfth. “I was under constant pressure during the race and had to give it my all to defend my position. Unfortunately, I made a mistake and lost a couple of places. But our pace was good, and I think we can build on this performance.”

Fabio Scherer was forced to start the race from last on the grid. The 22-year-old, who was making his debut for FACH AUTO TECH, was unable to take part in qualifying due to a positive coronavirus test and confusion about his Covid recovery certificate. But Scherer remained unfazed by all the distractions, fighting tooth and nail with a damaged tyre from turn one to the chequered flag. “The whole situation was anything but easy for me,” explained the Porsche driver. “At the end of the day I was happy to be able to race, but it would have been nicer to see what we could have achieved starting further up the grid. The 20th-place finish was the best of a bad lot really.”

The new livery on the #6 911 GT3 Cup was one of the main talking points at the Red Bull Ring weekend. The design on Zöchling’s Porsche featured a special mountain landscape with the slogan “eFuels – from motorsport to production cars,” showcasing the relevance of the kind of synthetic fuels used in the Porsche Mobil 1 Supercup since 2021.

FACH AUTO TECH have another chance to score some points at Red Bull Ring at the next round of the season from 2 to 4 July.