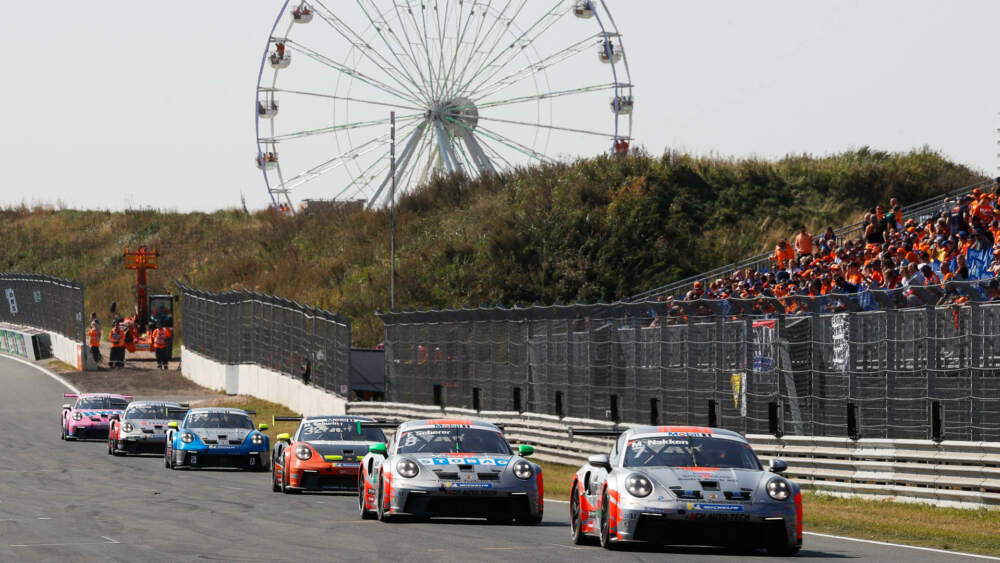 32 cars on the grid, tens of thousands of enthusiastic fans in the stands and 16 laps that could hardly be surpassed in terms of action: the Dutch Grand Prix had all the ingredients for what makes a season highlight. Except, success for FACH AUTO TECH in the Porsche Mobil 1 Supercup didn’t come.

“We would have loved to have taken these points home with us.” Alex Fach and his team were almost completely disappointed after Christopher Zöchling had to park his Porsche 911 GT3 Cup shortly before the end of the race. A puncture slowed down the Austrian, who previously gave the audience a thriller with great fighting spirit.

Starting from eleventh place, he moved forward with every lap. More than anything, in battle with Dorian Boccolacci, the 33-year-old proved his qualities as a fighter. It was with a skilful overtaking manoeuvre that he passed the Frenchman and took eighth place. “I was doing really well,” said Zöchling. “But I didn’t expect the puncture to happen. In one of my earlier fights the tyre must have been damaged.”

His two teammates Fabio Scherer and Marius Nakken finished in 16th and 19th place. For the Norwegian Nakken, everything initially looked to bring him a better result. However, due to a braking mistake on the last lap, he fell several places back.

Going into the finale in Monza, where two races are scheduled, Alex Fach is confident: “Now it’s again a matter of showing ourselves at the end of the season and achieving a decent result. We owe that to our partners and the whole crew, who work so hard,” said the team boss.