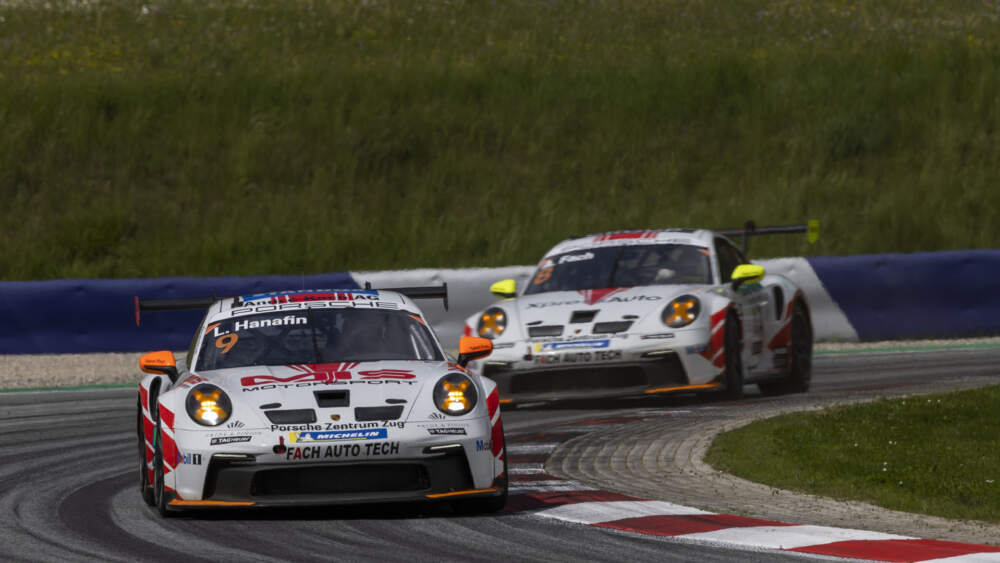 As the title already suggests, the drivers from FACH AUTO TECH experienced two races in the Porsche Carrera Cup Deutschland that could not have been more different. A double victory in the rookie classification was followed by a bitter disappointment for Lorcan Hanafin and Alexander Fach.

“I didn’t stand a chance. I was simply turned around – on the last lap nonetheless,” an annoyed Hanafin said on Sunday after the second race. Until shortly before the finish, the Brit was on course to achieve his best result in the German Cup so far with eighth place. “I would certainly have won the rookie classification, too. That’s really a shame, that would have scored a lot of points,” he added.

However, the 19-year-old did not have to return home empty-handed. Thanks to a flawless performance the day before, Hanafin won the rookie classification. In the inter-team battle with Alexander Fach, he narrowly prevailed. On Saturday, his teammate in the sister car took second place in the class designed for young drivers. 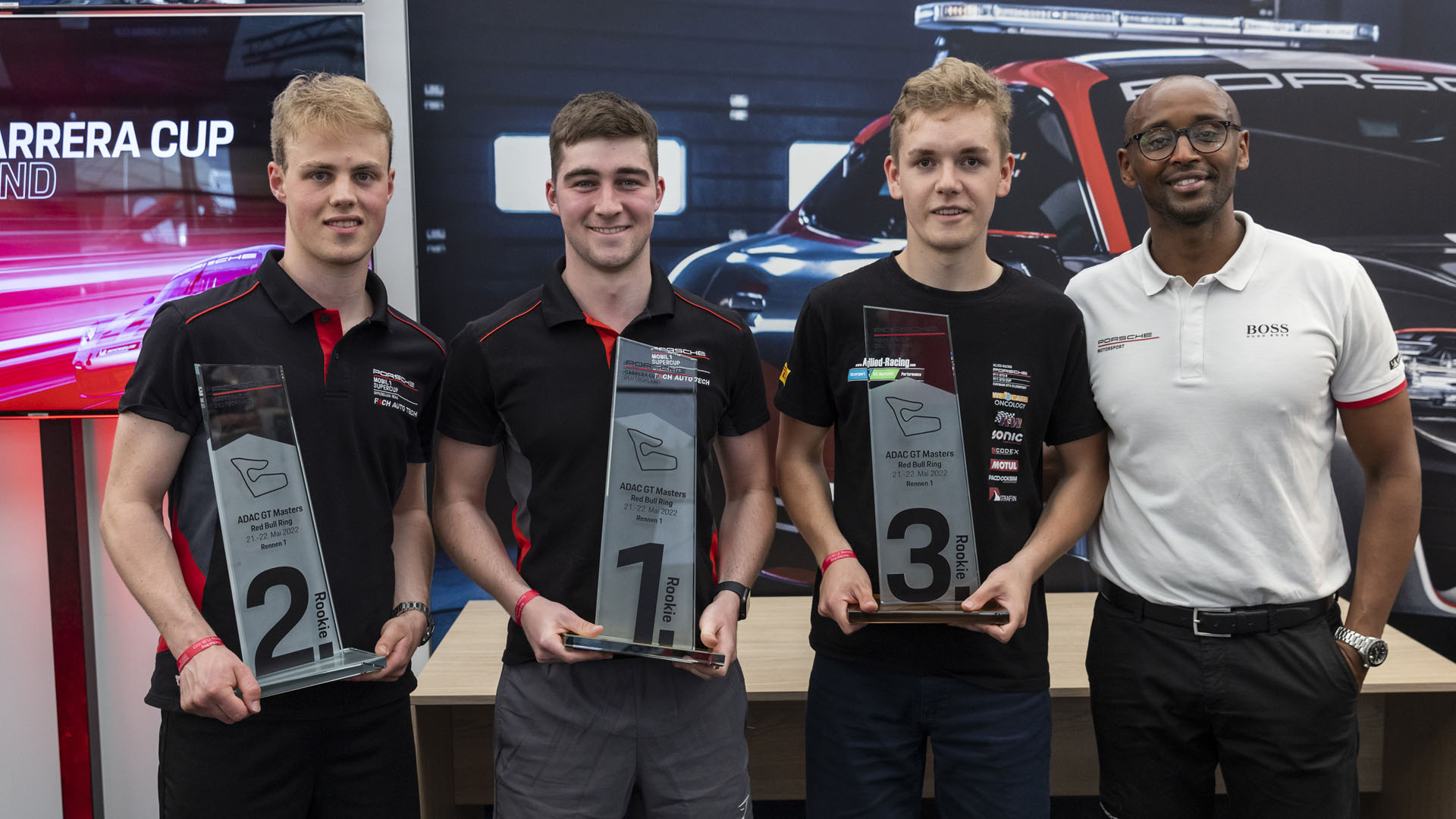 But like Hanafin, Alexander Fach also had a Sunday to forget. In the turmoil on the second lap he was involved in an accident for which he received blame. “In retrospect, it turned out that I couldn’t help it. But by then it was too late, and a drive-through penalty cost me the race,” said the fastest driver of Friday’s training session.

Christof Langer came home with significantly fewer incidents. The amateur driver finished sixth and seventh at the Red Bull Ring. In the ProAm classification of the Cup, he once again fought exciting duels with his competitors.

The guest appearance in Spielberg is followed by a weekend with double racing action on the Côte d’Azur for the FACH AUTO TECH team: while the second round of the Porsche Mobil 1 Supercup is scheduled for the coming weekend in Monaco, Le Castellet is where the Porsche Sports Cup Suisse continues its season.