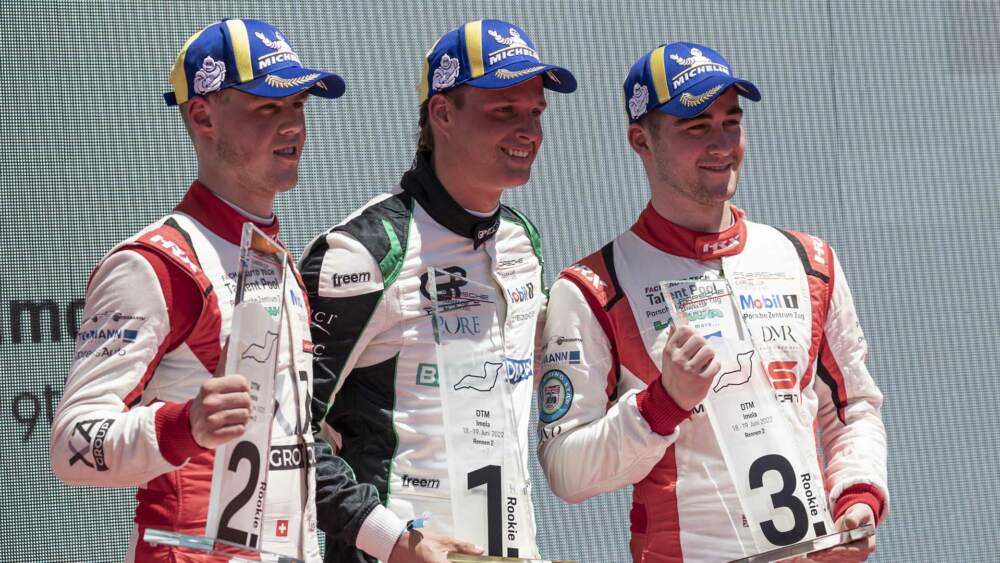 Round three of the Porsche Carrera Cup Deutschland brought the FACH AUTO TECH team to Imola from 17 to 19 June. The heat in Italy demanded a lot from Christof Langer, Alexander Fach and Lorcan Hanafin. Nevertheless, the team shone with rookie podium finishes in both races and a flawless debut in the ProAm class.

Youngster Lorcan Hanafin once again proved his skills in Imola. With a fifth place in qualifying, he secured his best starting position to date and showed himself to be strong and aggressive in the first race. In the battle for seventh place overall, Hanafin had to admit defeat to veteran Dylan Pereira, but he was still happy with eighth place. “It was my first experience racing up front in the Porsche Carrera Cup Deutschland. I learned a lot and am very happy about winning the rookie classification. Now we’ll see what we can do in Zandvoort,” said the young Briton.

Also, surprisingly strong and confident on his debut in Imola was Christof Langer. In the first race, which was marked by numerous accidents and two safety car phases, he put in a faultless race and was able to place 24th overall and sixth in the ProAm class. In the second race he also confidently finished 28th overall, despite the difficult conditions with temperatures of over 30 degrees Celsius and the challenges that the heat brought with it. 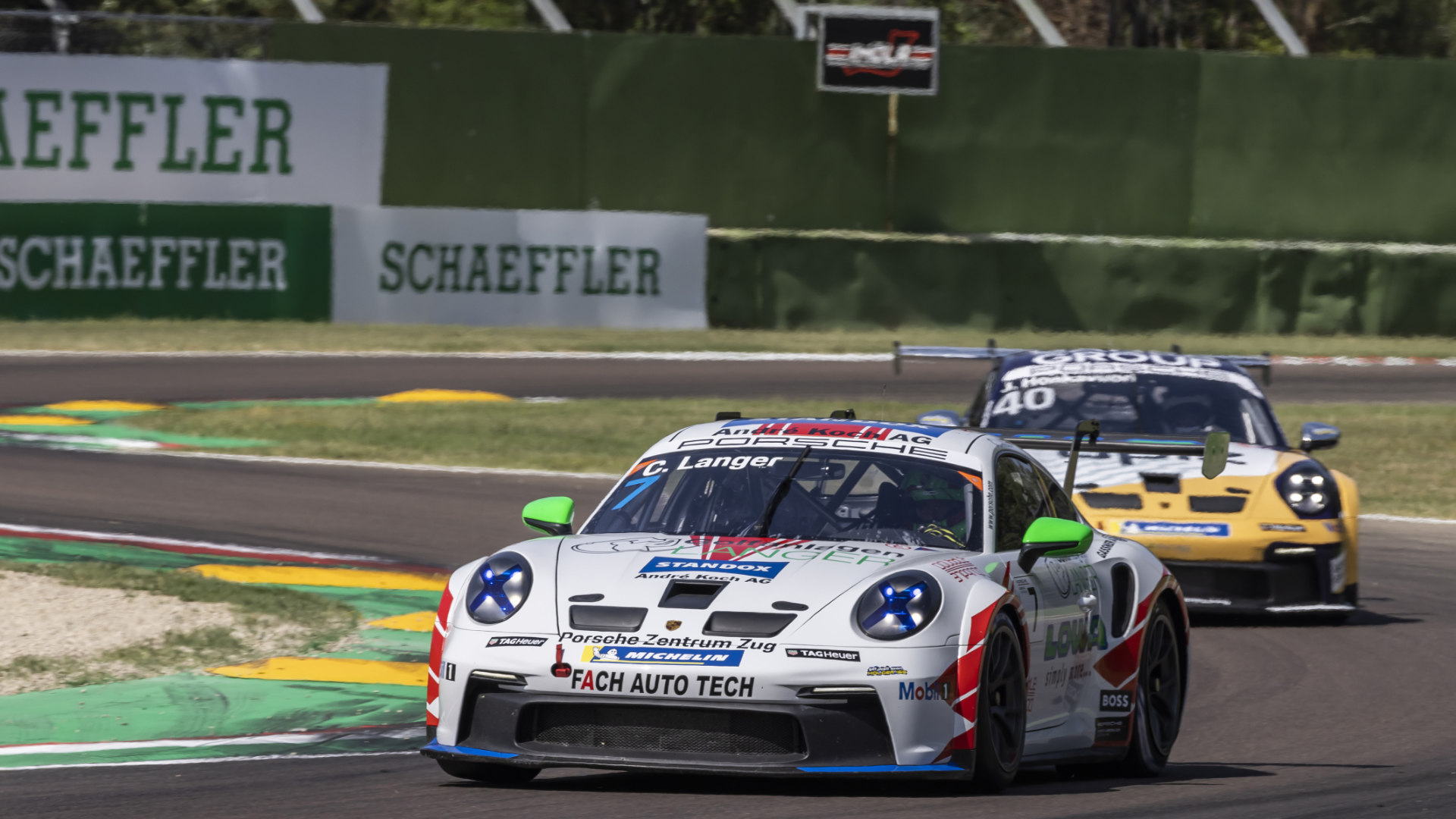 Team-mate Alexander Fach also delivered two flawless races and was rewarded twice with 13th place overall, which earned him two podium finishes in the rookie classification. At the turbulent start of the first race, the young man from Schwyz managed to avoid all accidents and secured a strong third place among the rookies. In the second race, Fach won the team-internal duel against Hanafin, who was faster the day before. At the end of the 30-minute race on Sunday, FACH AUTO TECH scored a double podium in the rookie classification.

“We paid our dues this weekend. If we were allowed to start all over again, we and especially our drivers would certainly do a lot of things differently,” was the summary of team boss Alex Fach. “Nevertheless, we are satisfied. Second and third place in the rookie classification and the class win on Saturday make us feel positive. Now it’s time for the racetracks that suit us best. Zandvoort next week will be the start.”

Alex Fach refers to the race weekend that will take place from 24 to 26 June. The dune circuit on the Dutch North Sea coast is the fourth stop for the Porsche Carrera Cup Germany.