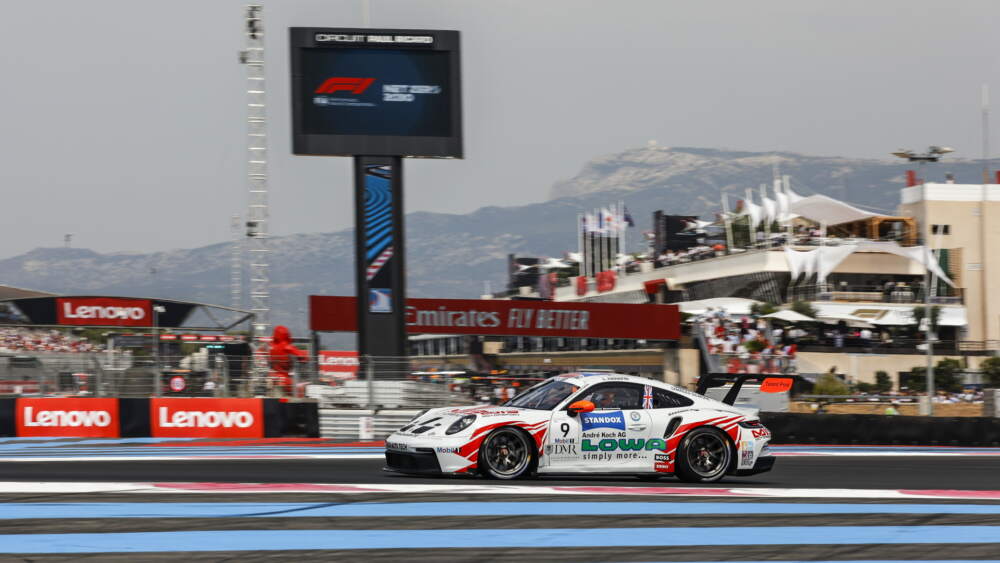 In 30 years of Porsche Mobil 1 Supercup history, the series made its first visit to Le Castellet on 24 July. At the Circuit Paul Ricard in southern France, temperatures of over 30 degrees demanded everything from the FACH AUTO TECH drivers. The team was only partially satisfied with a top 15 result and a place on the rookie podium.

“We know the Circuit Paul Ricard from previous visits and therefore had expected more,” explains team principal Alex Fach. “Once again, the starting positions in midfield didn’t allow for a better result. Our trio gave everything in the race. With 13th place and a top 3 result in the rookie classification, we at least did some damage limitation.”

After an unsuccessful qualifying, which was characterized by two interruptions, Lorcan Hanafin, Alexander Fach and Jukka Honkavuori started the fifth race of the season from midfield. There the trio had to fight numerous battles from the start. Hanafin went from 13th place to 15th. But with an extra dose of fighting spirit, the Brit finally prevailed in a tough duel with competitor Max van Splunteren. Towards the end, the rookie tried to attack Dorian Boccolacci, but eventually had to settle for 13th position. In addition to points for the championship, the 19-year-old collected his fifth rookie podium of the season.

For teammate Fach, starting in 16th position, it was also task to work his way forward from the back. Despite several shaky moments, including Michael Ammermüller’s collision right next to the Swiss, he kept his cool and defended his place up to the chequered flag. Just behind, Honkavuori finished 20th. The Finn had to fend off a number of attacks in the tumult at the start. “When you’re so far back, it’s really tight right from the start. If there is also a safety car phase at the beginning, it is even more difficult to make up positions. Unfortunately, it didn’t work out as we had planned today.”

After the weekend in southern France, the FACH AUTO TECH team will continue in the Porsche Carrera Cup Deutschland where a stop at the Nürburgring is scheduled from 5 to 7 August.