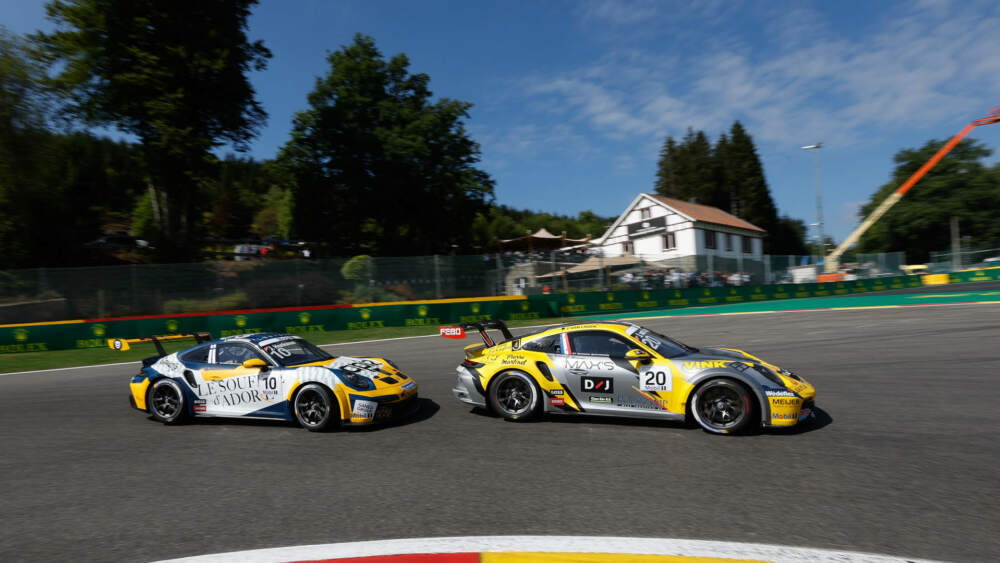 Talented youngster Lorcan Hanafin once again competed with the best drivers in the Porsche Mobil 1 Supercup and scored a top finish. Teammate Jukka Honkavuori ensured another top 10 result and Alexander Fach also showed a solid performance in the race after a disappointing qualifying session.

“It was a really tough race. The start went well and the car was really fast. Unfortunately, later on I wasn’t quite able to keep up with the cars in front of me,” was the conclusion of Lorcan Hanafin, who had secured his best qualifying result in the Supercup to date the day before with fifth place.

After the start, the Brit came under a lot of pressure at the beginning of the Sunday race while defending his place in the leading group. He was then able to put the pressure on Frenchman Marvin Klein and gain ground. During the race, an exciting battle broke out between Hanafin and Harry King for fifth place, which King ended up winning. In a tough fight with fellow rookie competitor Bastian Buus, Hanafin eventually had to admit defeat. After twelve laps, he crossed the finish line in seventh place.

Lorcan Hanafin thus continued the performance that he showed in the training sessions. He secured a well-earned seventh place and with it second place in the rookie classification, which also brought him further valuable points for the championship standings. “We always worked towards the race and all in all it was a super positive weekend. Now we want to take this momentum and this energy with us to Zandvoort and Monza to finish the Supercup season as well as possible,” said the 19-year-old.

Teammate Jukka Honkavuori also put in a good performance in qualifying with sixth place on Saturday, before qualifying ended with an elegantly looking collision with an opponent that ended in the gravel, dropping the Finn back to 15th place. Thanks to a quick start on Sunday, Honkavuori moved up to twelfth place and showed an exciting race as he worked his way forward. The constant pressure on opponent Dorian Boccolacci also bore fruit and so Honkavuori secured tenth place on the penultimate lap and made it back into the top 10. The young Alexander Fach from Switzerland qualified 17th on the grid and initially held steady in the race. Making the most of his skills, Fach was then able to avoid an early accident and work his way up to 15th place without suffering any damage.

At the beginning of September, the FACH AUTO TECH team takes on the last two rounds of the Porsche Mobil 1 Supercup. From Belgium, the journey continues straight to the Netherlands, where the seventh race of the international one-make cup will be held from 2 to 4 September. The finale in Monza in Italy follows immediately afterwards.