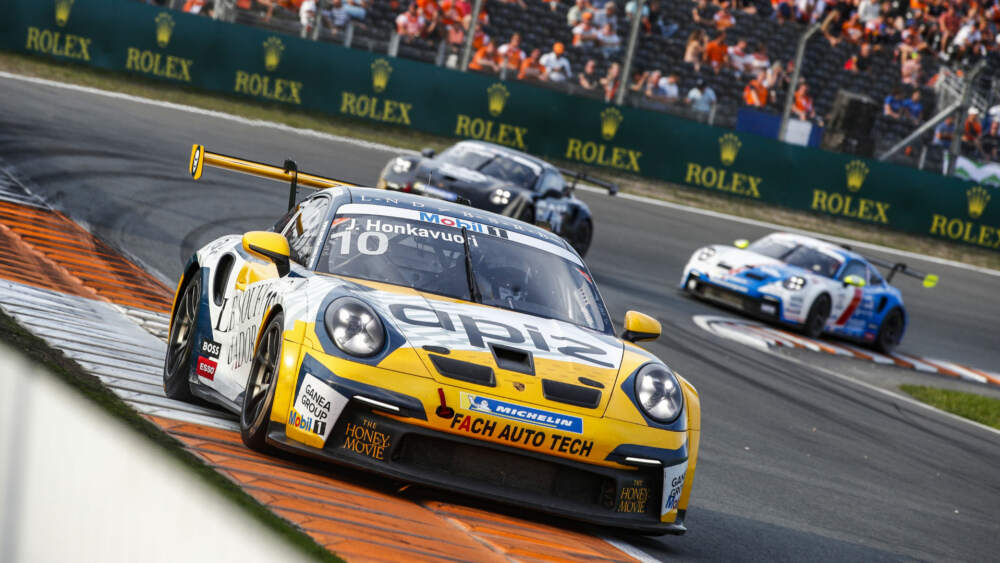 Thanks to a hard-fought race in Zandvoort in the Netherlands, Jukka Honkavuori claimed a strong ninth place. The Finn recorded his third top 10 result so far in the Porsche Mobil 1 Supercup 2022. His teammates Lorcan Hanafin and Alexander Fach, on the other hand, had to do damage control after being penalised and starting from the back of the grid.

“My car was a rocket ship today,” said Honkavuori after the turbulent race in the dunes. “I had very tough battles with my competitors in front of the impressive crowd at Zandvoort. All in all, it was a very good weekend for me, which I am very satisfied with.”

Lorcan Hanafin and Alexander Fach, on the other hand, showed little satisfaction: due to a team error, both drivers had to start the race from the last places on the grid. While the Brit finished in 19th place, his Swiss teammate had to settle for 27th.

The FACH AUTO TECH team is now hoping to end the season on a happier note. From 9 to 11 September the championship finale takes place in Monza in Italy.