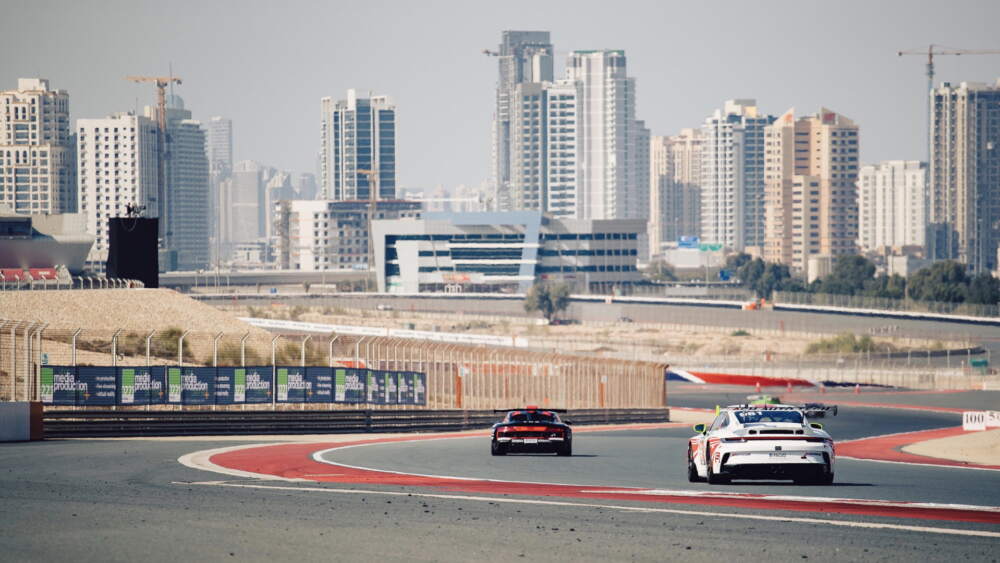 FACH AUTO TECH’s 2023 season will already begin in mid-January. As in the previous year, the Sattel-based team will be fielding two Porsche 911 GT3 Cup in the 24H Series endurance race in Dubai. The squad have their sights clearly set on taking two top results home.

“In 2023, the Dubai race is our season opener again. We’re really looking forward to being back at an endurance race”, says team principal Alex Fach. “In addition, we still have a score to settle. We were very fast last time but couldn’t turn that into a good result. We’ll now be on the attack again with two strong crews.”

The team has already repeatedly proved its performance capabilities – for example with the class win in 2018 or participation in 2015, when Martin Ragginger secured pole position in the Porsche 911 GT3 R. And also in 2022 with a 992-AM category podium in reach for the all-Swiss driver quintet Peter Hegglin, Marcel Wagner, Jan Klingelnberg, Dominik Fischli and Alexander Fach, before a technical issue destroyed all their hopes.

The 24-hour race at the Dubai Autodrome is traditionally the new season’s first trial of strength. Many well-known teams and drivers use the 24H Series endurance race to score the year’s first wins and podiums. FACH AUTO TECH too will be on the grid from 13 to 15 January with two strong teams: driver pair details are to be confirmed at a later stage. “We’ll certainly be seeing two powerful crews and two fast cars at the start – this much we can already state. We need a few more final talks and then we can announce the drivers”, the team principal explains.